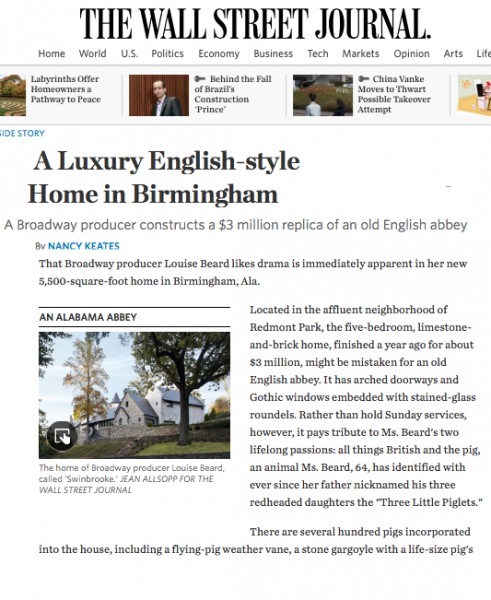 A Luxury English-style Home in Birmingham

Located in the affluent neighborhood of Redmont Park, the five-bedroom, limestone-and-brick home, finished a year ago for about $3 million, might be mistaken for an old English abbey. It has arched doorways and Gothic windows embedded with stained-glass roundels. Rather than hold Sunday services, however, it pays tribute to Ms. Beard’s two lifelong passions: all things British and the pig, an animal Ms. Beard, 64, has identified with ever since her father nicknamed his three redheaded daughters the “Three Little Piglets.”

There are several hundred pigs incorporated into the house, including a flying pig weather vane, a stone gargoyle with a life-size pig’s… Read more